Hake is, and I shall have to be corrected if wrong as these things change, the UK’s most sustainable fish currently. However, it is not even close to being the most consumed fish in the UK. Hake reminds me of Spain, I’m told the Spanish adore it and so do I. If you’ve never had it, to me it’s like cod but with softer flakes.

Another thing I’m very keen on are padron peppers – being a mild, savoury tasting little pepper but with 1 in about every six being a knock you head off hot one, it’s like roulette. I love them.

When at the shack we venture over the mountains into Northern Spain whenever we can, as it’s only 40 minutes away. The little bars there serve the peppers simply sautéed in olive oil and a little salt. They’re so tasty. In general, you will never find me eating or cooking with a green pepper (hate them) there are however 2 exceptions… these little padrons and the pale green long green ones you find in salads in Turkey and Greece etc.

Rick Stein does a recipe for a sort of Spanish fisherman’s stew with Hake, Chorizo, potato’s and padrons – YUM!

A couple of years ago Rocket and I decided to make a side trip from the shack to explore that Basque coastline of Northern Spain, we spent 4/5 days driving along and stopping off in different places. I cannot tell you how utterly stunning it is. We felt it was like Scotland meets Cornwall but with beautiful sunshine… what could be better?

Not withstanding the stunning scenery and beautiful little villages and towns, the food was also a discovery and as I get to know both France and Spain better I am learning the regional differences…slowly.

In a small, pretty town called Getaria (there are a few places of same or similar name, this is just along the coast from San Sebastian or Donostia as it titled in the Basque language a future subject as it will need a spot all of it’s own)…Back to the tale, there were charcoal grills outside most of the restaurants around the old town and harbour area, just built against the old stone walls.

Once seated in a hostelry of our choice, we discovered that the menu had a selection of nice starters such as the piquillo peppers stuffed with salt cod, but the main course was ‘just’ a list of fish. So we, chose some Turbot (well we were on holiday you know) and out came the chef, showed us the beautifully fresh and glossy fellow, rubbed him with a little oil, and some seasoning and popped him onto the grill. Cooked to perfection and entirely naked other than it’s own juices with the addition of a squeeze of lemon – it was put down in front of us to share. Heavenly and still my favourite way to eat Turbot to this day.

We hadn’t planned or pre-booked a hotel, just found one when we got there. It was so cool secreted as it was in the high walled back streets. When we went into our room on arrival, the patron pressed a button and the metal shutters rolled up to reveal floor to ceiling windows practically on the waters edge, not anything like those establishments that purport a sea view for which you have to hang out of the window with a pair of powerful binoculars and a compass.

Later that night we told the patron of our lovely evening and together enjoyed a few spanish brandies as we whiled away another few hours chatting with him about all the world and their wives. Here is the link to the hotel website.

I love Spanish brandy and I make no apology for that. After a particularly good night once – or was it lunch – anyway along with Baguette, Awkward and the others we discovered the amber delights and have never forgotten it. I find it quite mellow and not the throat grabbing variety…The shack sits firmly in Armagnac country though – also delightful and never to be confused with Cognac as Armagnac is older…and that is another story entirely.

The high summer warmth, the honey coloured stone.. the sound of the sea lapping in the harbour, wonderful warm and humorous Basque people, and perfectly cooked Turbot – we shall return.

Here is a good site: http://www.euskoguide.com/places-basque-country/spain/getaria-tourism/ 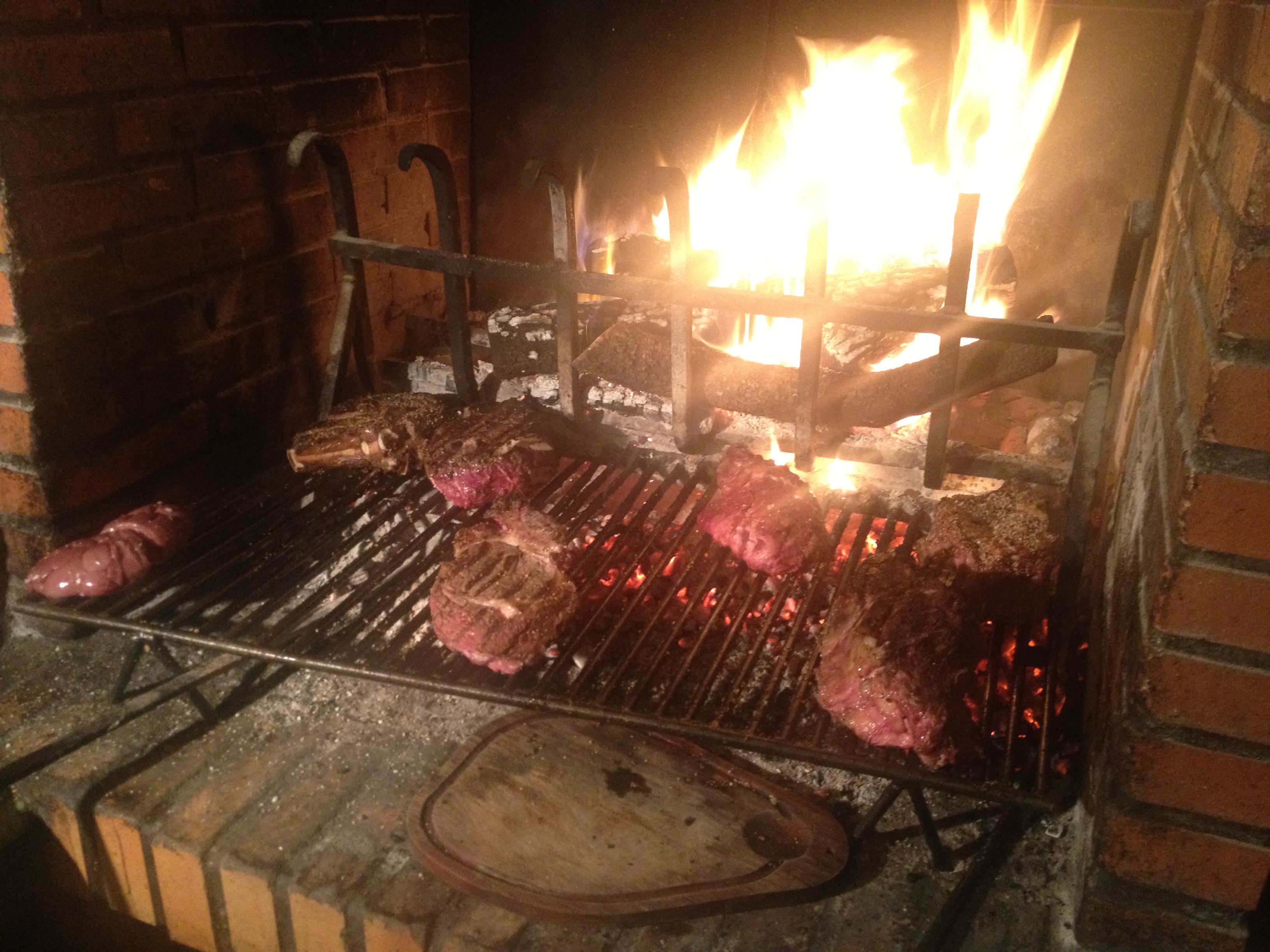