I know it’s a cliché that France has an abundance of cheese and I also feel strongly that UK cheeses are exceptional too, but having spent the last week at our home in France the quality and selection on offer really smacks you in the face.

The thing is that although our local supermarkets, in what is a rural area, will major on the types of cheese that are local….Brebis, Tomme Noire des Pyrénées and so on, they will also include a qualitative selection from across the country. Supplement this with the offering are the local markets, often from small local producers and there is no lack of choice.

We made a stop on our journey south, we opted for an overnight in the Loire and although the Auberge was booked late and chosen more for it’s convenient location than any other consideration (we built up images of a French Fawlty Towers in our minds) it turned out to be a bit of a hit in it’s slightly quirky way.

Although we are a long way south we always see the journey as a bit of an adventure and after pulling off the autoroute this time we found ourselves in something of a pine forest, which after road became track and track became path caused quite a bit of hilarity for our merry band of four. At this stage, my brother-in-law Slippers was driving with Rocket taking on navigation and he resolutely maintained that we were going the right way…. meanwhile my sister-in-law Tigger and I giggled hysterically in the back of the car, referencing Hansel and Gretel.

There was, in fact, no sign of life for miles around but on we went eventually bucking the randomly placed ‘no left turn’ sign on the forest track in order to head once more to civilization like say …a road.

So it was that we eventually rocked up at the Etangs des Guibert…a charming little place with ‘etang’ (sort of lake) in front. http://www.lesetangsdeguibert.com/

A perfect stop off in so many ways, before heading to the mountains. 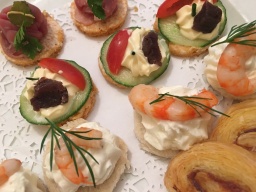 This pause seemed to mark the commencement of a state of affairs to which I am unaccustomed – that is to say, that I took very few photographs of things that I wanted to capture and this theme continued as this week has passed by. To this extent even our spiced slow roast shoulder of Pyrénéean lamb last night didn’t get a picture until after we had demolished it….it’s unlike me, but there it is. An evolving proclivity of my holiday and

perhaps an indication that although peppered with some much needed ‘jobs’ this has been a thorough wind down. Gone are the stresses of London life, as we bask in the heat of the southern French sunshine against the backdrop of the distant, chiseled and snowy peaks of the Pyrenees.