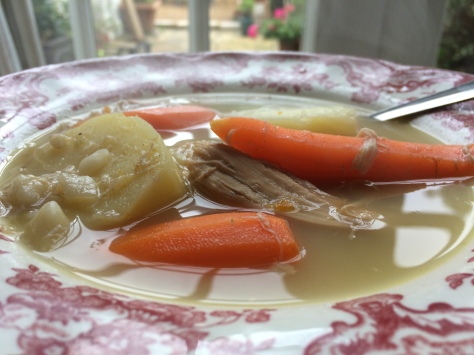 When I was a child, the Christmas holiday period was the gift that kept on giving. The overwhelming excitement of Christmas eve with it’s rituals such as new pyjamas (or indeed a highly flammable pink nylon nightie) and ham and eggs for tea from the gammon mum would be cooking in readiness for boxing day. Morecambe and Wise would be on the telly and just the distant jangling of sleigh bells in the distance?

On to the peak of hysteria with Christmas stockings on Christmas morning. I found that there weren’t anti-climaxes, as the period after the ‘opening’, was followed by that time to go back over our gifts in slow time before the build up to the lovely and traditional Christmas lunch, with Grandad Tiddler and his raucous laughter. Once enjoyed, and after a decent nap we could look forward to meeting up with our cousins aunts and uncles for a good old party in the evening, cherished memories….then there was boxing day and the lovely excitement of family and more delicious fare, games and a stonking good film on the box.

You may think that there must have been a sense of regret after boxing day but no, the third day was turkey stew day. A good day, where a semblance of normality prevailed over the household after the frenetic entertaining but one in which there was no school, still ‘good things’ encircled in the Radio Times to be watched and enjoyed and the fun of revisiting the generous gifts supplied by our parents, grandparents, aunts and uncles.

I’d more than likely have a lie in on day 3, and would only emerge from my bedroom once the house was pervaded by the steamy stew bubbling away and filling the air with it’s delicious aroma. Always eaten at lunchtime, and always on ‘special dishes’ (that I now have the remains of and have supplemented with those as near as I can find to the originals!) enjoyed as just the four of us again…and perhaps Grandad, before the build up to new year.

There are so many times in my life in which family, friends and food feature happily together and I’ve had time to reflect lately having been laid up with a bad flu and chest infection. Both Rocket and I have been confined to home – and for a couple of days couldn’t even be bothered to make anything to eat, resorting to canned beans and toast. On the third day of feeling really bad, I staggered to the local supermarket and bought the ingredients for chicken stew, and while we languished, the chicken did all the hard work and once again filled our senses with the steamy aroma– just the smell evoking the happiness of the 3rd day after Christmas.

In adulthood, I have rarely made a turkey stew – not having much cause to have such a large bird as a Turkey on a regular basis, but I have used up roast chicken in an ‘homage’ to my mum’s stew and in more recent years when comfort is required, I’ve developed my own chicken stew to be savoured and enjoyed.

In coming months, I’ll make this stew as an antidote to the rotten time a dear friend of mine is going to endure, he won’t be alone, our band of Travelling Wilburys will wrap our arms around him making certain that he is loved, supported and ridiculed in equal measure – as is our wont. I shall make chicken soup, and this time next year, with the sorry episode behind us all, we will be laughing once again

For the stew, I take a whole chicken and season it inside and out, pop it into a large pot with 3 whole carrots, a stick of celery and 2 whole onions halved with skins still on. I add a couple of bay leaves and a teaspoon of black pepper corns before covering with water then bring it to a low boil, reduce the heat and let it simmer for 1 hour and 20 minutes.

While the chicken is cooking, I peel 5 carrots and chop them into very large chunks, then I finely chop a large onion, a bit of leak if I have it, a handful of mushrooms are sliced, 3 or four potato’s are peeled and quartered and if I have the inclination I mix 2 tablespoons of suet with 4 table spoons of flour and a pinch of salt combing with a little water until a thick dough forms and can be divided into large golf ball size dumplings.

I carefully lift the chicken out onto a plate to catch the juices and cover with foil to cool a bit. I strain the stock through a colander to catch the veg – which I discard. I allow the stock to cool a bit and then skim the excess fat from the top with a spoon revealing a golden pan of goodness. After removing the chicken skin and tearing the meat form the carcass – it just falls away, I pop the vegetables excluding the potatoes into the pot with the chicken, I add a cup of dried stew veg of the type that contains pearl barley, split peas and suchlike then I bring the stew back to a boil before reducing the temperature and simmering for 35 minutes after which I add in the potatoes and after a further 15 minutes I sit the dumplings gently on the top and allow a further 15/20 minutes until the dumplings form fluffy clouds.

About 6 servings will be the yield and it keeps well for a few days – the gift that keeps on giving, like a comfy old sweater or a great old song….and so that was Christmas: